The Disappearing Act of Almas Jiwani, President & CEO of UN Women – Canada, at the Crans Montana Forum in Dakhla


The hypocrisy of Almas Jiwani continues.

Please read my previous article about the participation of this saintly feminist at the Crans Montana Forum in the illegally occupied City of Dakhla against the wishes of the proud Sahrawi women of Western Sahara. I do admit that I had a hard time even confirming that she did participate. UN Women – Canada did issue a press release saying that she was going to speak at the event on March 13, and I emailed her several times to get her confirmation of attendance and to get a copy of her speech. When she never got back to me about this, I checked the “News & Events” section on the UN Women –Canada website, but there was no mention there either about any participation in Dakhla. Finally, however, after the event I got my confirmation when the Crans Montana Forum published a picture of her speaking at a podium clearly marked “Crans Montana Forum, Dakhla Morocco [sic] 2015, 12-14 March.”

Before I published my article about her hypocrisy, I did extend the courtesy of emailing her a draft of the article for any comments and told her I would give her a week to respond before publishing. When the week went by without any response, I was in a particularly generous mood so sent her a second email, this one telling her that I would not publish my article if she officially apologized to the Sahrawi women for her insulting appearance in Dakhla and if she contacted Fatma Mehdi, head of the National Union of Saharawi Women (UNMS), about appearing at their upcoming Congress in the refugee camps. I remind you that Ms. Mehdi had directed a letter to Almas Jiwani asking her to abstain from attending the Forum. Needless to say, I got no response from Jiwani, so went out with my article.

Which all gets me to “the Disappearing Act of Almas Jiwani.” I noticed this morning that her picture on the Crans Montana Forum website was deleted. Since that picture was the only evidence I had that proved that she attended, I had made a copy of the picture. I do find it reprehensible that she should choose to engineer, in cahoots with Jean-Paul Carteron, her disappearing act from the Crans Montana Forum in Dakhla rather than try to mend fences with the proud Sahrawi women of Western Sahara. So here is her mug shot (and no country recognizes Dakhla as part of Morocco); shame on her:

Posted by Chasli at 3:39 PM No comments: 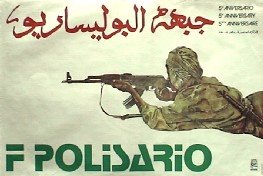